I have this penny that won’t go away.  I know that I should pick the damn thing up and put it in my son’s bank but for some reason I just leave it sitting there.  I mean, it’s to the point that I will be washing down my kitchen counters and I’ll just clean around it.  It would literally take me ten seconds to walk down the hall and place it in the bank, but I just don’t want to do it.  It made me stop and think about why that is. The easy thing would be to say that I just don’t give a shit about that penny but I know that’s not it, because I am forever picking pennies off the ground.  Laziness.  I’m just being lazy, right?  That might be half of it, but I’m not completely sold on that either.  Maybe I am subconsciously giving power to that penny.  Maybe I’m trying to remind myself of something…

As I started to think on that penny I started having many vivid memories of times that pennies played an important part in my life.  Money is money and I never had a lot of it when I was growing up so I knew pretty early on that one penny plus one penny equaled two pennies and another penny would make three (and I’m pretty sure you know how to do simple math, so I’ll stop now) and pretty soon I would have enough money to get a piece of candy or trade it to my siblings for something cool.  I started looking for pennies everywhere –under couches, on the ground, in the gutters…  and it’s not like this practice ended when I got older, I mean, I will still stop to pick up a penny, even if I’m going through a crosswalk and the light is about to turn green.  “See a penny, pick it up; all day long you’ll have good luck!” (Thanks, Marty!)

I don’t love doing it, but I’ll even pick up the black pennies that probably have been pissed on, spit on, and covered in who knows what and put them in my pocket.  Sometimes I’ll clean them and sometimes I won’t (sorry to the poor kid in the fast food drive thru that had to take those pennies as payment) because either way, its money and it still counts.  I find that this attitude helps me a lot, especially at work, when a patron needs to get a copy made but only has pennies.  More often than not that person will kind of shuffle over and look at me with a “Hey, I’m sorry I’ve only got these stupid pennies” look on his face and I will just reassure them that we’re not picky—money is money.  I happily trade the dime or nickel he needs to use the copy machine and he will happily take the money and be on his way.  It’s a win, win baby!

My oldest memory having to do with pennies was set back when I was in kindergarten (don’t strain your brain here– it was about 37 years ago. Ouch!) My mom had to send in twenty cents every day in order for me to get a carton of milk with my lunch.  It was a practice that I never even thought about until the day my mom only had pennies to send with me.  I was a freaking five year old who probably couldn’t even be trusted to have shoes on by the time I got to class, so giving me twenty pennies and having them actually get to my teacher was a dilemma.  However, I have the cleverest mom in the world (and one who doesn’t really care how I might be scarred for life over one of those clever ideas) and she decided to tape those twenty pennies to my shirt. Yes, I was a five year old with two rows of ten pennies attached to my shirt with masking tape!  I remember snickers (all from adults) and getting a lot of attention.  (Hmmm, maybe I found the root of the whole I Want Your Attention but Stop Looking at Me thing.)  As a parent I can now appreciate how brilliant my mom was and sometimes you just can’t think about your kid’s cool factor when making a decision like that.

Pennies played a huge role in my later elementary school years as well. Back in the early 80’s a kid could still get “penny candy” for a few pennies.  Our neighborhood was small and everybody knew everybody and it was really easy for my brothers and sisters and I to take a quick afternoon trip to the local store for a treat.  We didn’t get to go to the store all that often, but when we did we usually had jars, bags, and pockets full of pennies and small change.  Most of this was change we found here and there but sometimes it consisted of borrowed…okay, okay, anonymously repurposed money from mom and dad.  (Mom, Dad, your child was a thief—just in case you didn’t know.) I would get more money for my fund when they would send us to the store to purchase things and they would get all of the paper change back—I (we!) just kept the jingling stuff.  When we had enough money we headed to the store.

Tootsie rolls, lollipops, Sixlets, Atomic Fireballs, bubblegum…we went wild!  We’d rush home with our small brown paper bags and then the real fun began—the trading of candy with the siblings. I’ll give you two tootsie rolls for a banana B-B-Bat (anyone remember those?) and one Fireball for two pieces of gum.  This game could go on forever.  Then we’d gobble them all up and start saving for the next awesome trip to the store.  Watch out if mom or dad ever gave you fifty cents to add to your collection. Party rockers in the house tonight!  Then things started getting expensive and we couldn’t afford to get so much candy.  Talk about a downer.  To this day I get depressed when I want to buy a Big Hunk and it costs me $1.39 at the local store.  I almost have to break out the credit card.  For shame!

My last strong memory regarding pennies was when my siblings and I were trying to earn enough money to go to the local water park, Water World.  The notion of saving pennies to get more pennies to get nickels and dimes and quarters was well engrained by then (I think I must have been 8th or 9th grade) and we started to actually save dollars.  Now we could get into some real purchasing.  It was hard to keep hands off of the larger sums of money (I mean, our family practically lived at the local flea market and there was all kinds of crap to waste our money on there) but for the most part we kept our desire to save until we could get what we really wanted.

The summer was super-hot that year and we had yet to get to Water World.  At about $20.00 a person to get in for the day (I’m just guessing here based on what we pay nowadays) it wasn’t a place we got to very often.  Aside from saving all of our pennies and change we would spend hours walking up and down roads collecting cans, pop-top lids and sometimes bottles.  It was hard work that everyone was pretty much sick of within the first ten minutes, but we kept at it.  When it was a good day of searching and we had a nice collection of cans we were so happy and revved up to go out again.  However, if it was hours of walking in the heat and not getting much to show for it we were ready to give up forever.

The nastiest part was when I started to jump into big dumpsters to root around for recyclables.  Not the brightest thing I could have ever done, but it had results. When we were done searching we would go to the closest grocery store where in the parking lot they used to have a big, hulking square machine that you would have to feed the aluminum cans into.  Bags of cans that had been stinking the inside of my mom’s car disappeared into the loud, smelly monstrosity and beautiful, beautiful coins started to spill out.  Twenty five quarters, two dimes and four pennies later we would head home and add to our savings.  With a little bit of a cash advance from the parental units we were able to have our day at Water World.  It would have been a perfect day if I hadn’t scratched the shit out of my back in an extremely dangerous pool during a simulated tidal wave, but that’s a story for another time.  Our saving of pennies had worked and we had created for ourselves a very fun and exciting day.  Ah, memories.

So here I am again just thinking about that silly penny.  I’m going to have to do something with it, even though I don’t have a need to save it like I used to.  I’ll probably take the boy aside and tell him some of these stories and perhaps he’ll understand why I am always trying to teach him how to save money.  I know I can convince him how paying attention to and valuing those little copper thingies can lead to bigger and better results.  Maybe.  But then again, maybe I’ll just throw it in my purse so that I can buy a taco later and not have to break a twenty.

Bonus: Click here to enjoy one of my favorite Shel Silverstein poems: SMART. It totally relates to this post. I hope you enjoy! 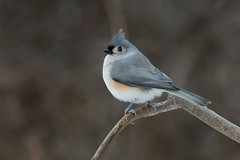