Get your mind out of the gutter, people.  (Okay, me too, because I totally went there.)  Anyway, I thought it was high time to take a moment to look back on what has to be one of the most egregious gaffes I ever had to endure as a child.  A mistake so large that I still find the time to bitch about it at least once a year (as I have for 30 plus years now) to the person most responsible for my broken heart—my mother (cue the bloodcurdling scream and the dun, dun, duuuuun)!

What could possibly bring out this most annoying side of my character?  The one subject that not only gets certain family members to roll their eyes but also makes them yearn to run away?  In all my years of being a kid, tween and teen I was never gifted the most coveted of all birthday/Christmas presents–the Make Me Pretty Barbie Head.  You know, the one with the long blonde hair and accessories that could teach any young lady how to braid, style, and create the most gorgeous coiffure.  I know that you know what I’m talking about because you probably had one.  Everyone did.  Except for me (are those violins I hear?).

Now I try to take into account that my family was not very well off and we rarely got gifts that were very expensive and trendy for the time.  That’s not to say that we didn’t ever have popular toys, we just got them in a really unusual way.  My dad used to make money going around town doing something we called “junking.”  He was a master at finding people that had a ton of stuff to get rid of (or things that he found outside of a house/building collecting rust and dust) and acquiring those items to be rebuilt, repurposed and resold.  He was so good at this “job” that he put himself through college, and managed (with my mom’s indispensible help, of course) to provide food and a roof over the heads of seven kids.

I say I try to take this into account because I am still so upset by all of this! I asked for that Barbie head over and over again and I never, ever got one (and my mom will probably say I never even asked her once).  Well, my dad might have found one with half of her face scratched off and a serious hack job for a hairdo, but it was never the one I wanted to help me learn the necessary skills I would eventually need to get me through my tragically un-cool high school years.  I was an incomplete person when I graduated school and I am an incomplete person now—I still can’t make a my hair look very nice, even after all these years. (Thank goodness for perms and headbands.)

Some have told me that if I would have gotten off my butt and actually practiced on any one of my siblings I might have learned a thing or two about doing hair.  They are not convinced that the lack of this educational tool (in the prime of my malleable youth) had anything to do with the fact that I became a person who has a) no desire and b) no skills to create a beautiful hairdo.  I lost any interest in learning how to do hair, and that’s a fact.   Do you see what my mom set me up for? Oh, the humanity!

As a kid, torturous minutes of sitting through my mom pulling my hair out while trying to detangle me would have been endured much quieter if only I had ever known the struggle that she had to go through day after day.  But I didn’t know, because I never had the hands on experience necessary to understand how difficult a tangle (especially one that had been building up for at least two days)could be to fix. So when I had to get through those terrible hair sessions I was basically a naive young girl who didn’t know how bad it was for both of us.  And it all could have been diminished with the purchase one $15 head.  You reap what you sow, mom.  You reap what you sow.

My middle school experience was basically a two year exercise in agony with my head of thin, stringy hair that I never knew how to scrunch or make bigger.  Other girls would have enough product in their hair to cause an atomic explosion if a match were lit, and I slunked around with nothing more than the aroma of generic dandruff shampoo wafting from my skull. (I can see and hear your reaction right now mom. I love you.) If you couldn’t tell before, I’ll say it again: I blame it on the lack of Barbie head.  (There’s got to better way to say this.)

High School was even worse because it really mattered that you had an interesting hairdo.  I don’t say good hairdo because it didn’t matter if your hair was good, it just had to be interesting.  These were the years of bangs that sat four inches high and hair was half shaved off with checkerboard designs (think 1980’s Cyndi Lauper).  They were the years of getting up two hours before sunrise to use hot curlers AND a curling iron to get just the right look. We’re talking Flock of Seagulls hair; mullets; rat tails; heavy metal hair, and on and on and on… but not for me.  I never had to get up early to do my hair. I think the only times I ever got up early to do my hair was maybe for picture days and family functions.  Talk about deprived.

My fear in not knowing how to do hair properly was the single biggest contributor to my desire to have a boy when I found out I was going to be a mom.  No lie.  The pressure to create the perfect pigtail? Forget it. Cute little ringlets for Christmas pictures? No way.  I need to give birth to someone that I could throw on the toilet (okay, set gently on the toilet) and attack (okay, gently touch) with an electric shaver.  As he gets older I realize that my boy is a little more complicated in the hair department than I ever expected, but, ah well, that’s what stylists are for, right?

So here I am, a 42 year old woman who still can’t do her hair in a braid without bending upside down (it’s hilarious, believe me), still drools over pictures that friends post of their cute kids with their even cuter french braids and ponytails, and still laments the fact that she didn’t get her stupid, plastic, disturbing Barbie toy.  I actually found one on sale at the local thrift store about two years ago but it looked super creepy and I didn’t buy it.  I stood in one spot and wrestled with that decision for five full minutes. But now I finally realize that that ship has sailed (and for many long badly coiffed years) and I think I have to stop bitching about it now.  (Sigh. You’re off the hook, mom. But don’t let it happen again!) 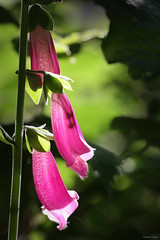 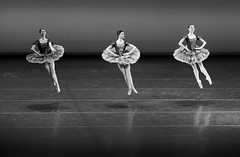