Vacations Can Be a Little Painful

Catch up with the story!

Part one: Vacations Give the Loveliest Headaches, Part  two: Some Vacations Don’t Need an Airport, Part three: Am I Actually on Vacation Yet?, Part four: Getting Lei’d While on Vacation, Part five: The Vacation I Still Haven’t Seen

The sun was barely coming up when I finally got to see The Big Island. I was treated to low clouds over the mountains and large waves hitting the sea walls and I was grateful for where I was.  I probably should have spent more than a few seconds enjoying the view, but being a little afraid that we would have to wait in an insane line to get to the breakfast buffet, I was all too happy to get up and get started with my fantastical Hawaiian vacation.  The pools were quiet, the air was fresh and I had more than enough energy to spend walking the miles of trails on the resort property (since I sat on my ass for almost all of the previous day).  Plus, I was beyond starving and it was time to eat something that wasn’t provided by an airline.

We found out pretty quickly that there weren’t any straight paths anywhere around us.  What looked like a straight shot to the dining room ended up being a twisty turning meandering through a beautiful oasis (fine, I’m glad it worked out that way), and (I must admit) it was glorious.  The sun was muted and the sky was a lovely blue—the strong winds coming off the ocean the only sour note.  The boy was more than ready to track down the one and only waterfall on the grounds but my stomach wasn’t having any of that.  Get me to breakfast, and now!

The dining room went on for days and so did the food.  We had the option of eating items I would have a hard time eating for dinner, let alone breakfast.  There were Japanese inspired dishes everywhere, and as much as I like rice and a good soup, I had to run for the traditional items.  I discovered some beautiful beignet type pastries called malasadas and ate until my stomach was about to burst.  I was just on the edge of uncomfortable and was beginning to question my choices when I saw the bill.  I guess I was in too much a tear to get to breakfast to actually research what it was going to cost me to get fed.  Let’s just say that I went back for more—stomachache be damned!  Was that truly the first moment I realized that I wasn’t at an all-inclusive resort?  Yes. Someone needed to spend some time reading the fine print.

Eager to get up and moving again we tracked down the waterfall, which much to my son’s delight was something we could actually walk under, and toured the grounds.  By now the winds were extremely annoying and even though I had no desire to get wet at that particular moment, the weather had other ideas.  We braved our way through the spray of the waterfall and continued on until we got to the other side of the resort.

Earlier in the year my hubby had arranged for quite an interesting birthday gift for me (and the rest of the family).  He signed us up to swim and feed dolphins.  It wasn’t exactly something that I had been dying to be a part of, but I was very pleased with the gesture and idea that we were all going to do something together. And as we got through the waterfall and down the pathway I realized that we were just near the dolphins that we were going to spend time with later that day.  They were so beautiful and very playful and I felt that it was going to be such a wonderful memory for us.  If only the effing wind would quit roaring.

We continued on our way, up and over rope bridges and through tunnels until we came to a huge swimming pool with a short but steep slide.  It was still too early for the water to be turned on so we could actually partake, but it ended up not mattering anyway.  The boy had spotted a pool inside a cave.  Game over.  It was time for one of the parental units to step up and do something they really, really didn’t want to do.  Guess whose time it was this time?  Fudge-a-mania.  I knew it was going to be an exercise in torture, but, hey, I really had no choice.

We found a lounge chair outside of the cave and dropped our stuff. My son and I kept looking at each other, like, who’s going to be the dumb ass to get in first and I caved. Jesus, the kid has me wrapped around his finger.  I took off my shirt and shorts (which is something I never, EVER, want to do) and tottered over to the pool.  Hyper aware of the few other parents with kids that were hanging around, I sucked in my (very distended because I just ate twenty pounds worth of food at the breakfast buffet) stomach and inched my way down the pool ladder.  Yeah, it sucked.  Hard.  In all of my wildest dreams I never thought that a swimming pool in Hawaii would be so freaking cold.  I didn’t register that it was December, not even nine in the morning and the pools weren’t heated but I was more than aware that the wind was going to turn me into a snow woman when I got back out. Oh, joy.

I hemmed and hawed as long as I could but it was time to pay the piper.  I looked at the boy (who wasn’t dumb enough to get in the pool yet), plugged my nose and fell back into the water until my entire body was covered.  I think that in that moment I knew what it was like to be Jack Dawson from Titanic. I pushed back up quickly and tried to remain calm.  Everything shriveled instantaneously.  Everything.  I pointed at the boy and told him he had to get in.  He laughed and giggled and pretended he couldn’t handle it until I was ready to pick him up and throw him in.  He wasn’t going to leave me hanging—that was for damn sure.

He finally jumped in and we hugged and chattered and started our way over to the pool cave.  I don’t know why it didn’t occur to me that it would be one of the dumbest ideas on Earth (the other would come soon enough) to leave the little bit of warmth the sun was providing to go into a dark, super cold, cave but it certainly didn’t.  I wanted to let the boy go off on his own to do some exploring but aside from peeing myself he was the only way I had any warmth.  Plus, I’m about then sizes bigger than he is and I knew that if I wasn’t keeping him warm he was going to soon become my little popsicle.

So, we floated around until I saw the other dumbest idea on Earth– the hot tub that was in the very interior of the cave.  All I thought was WARMTH! HEAT!  LIFE!  I quickly walked us over and climbed into the tub.  It was everything I thought it was going to be and more.  The boy stuck his toe in and decided that he wasn’t an idiot and went back into the cold pool.  Me, an idiot? Yeah right, dude.  You go and swim in your frozen water—I was in heaven.  Which was true, for about three minutes and I began to get a bit uncomfortable.  I pulled myself out of the water and realized for the first time that there was no other way to get back to the patio without jumping into the cold pool first.  Mother f—!  Idiot, indeed. 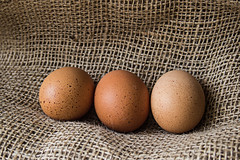 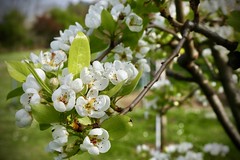 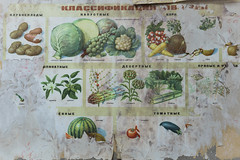