And People Still Let Me Near Their Kids: Part Two

Continued from And People Still Let Me Near Their Kids: Part One

I kept putting off the final decision and was beginning to think that I might get away with not getting a library pet after all when the aforementioned friend of the library told us about a little turtle that she wasn’t going to be able to take with her when she moved to another town.  Of course, I knew nothing about turtles (and heaven forbid I actually do decent research at my place of business) but felt that it was the kind of animal I would be able to take care of with minimal effort possible.  (I can already hear the groans from those of you who know exactly how ignorant I was.) I talked it over with my manager and we agreed to take on the turtle. Hee-Haw!

As I said, I had absolutely no idea what a turtle’s needs were but I knew that this particular little turtle wasn’t exactly living in the lap of luxury. He was captured from a lake somewhere back east and, after a little bit of research from a librarian that was not me, found out that it was actually a male western painted turtle of a few years of age.  He was pretty but also in obvious despair.  His aquarium could hold around 10 gallons of water, but was filled with bark and only one small bowl of water.  He had a heat lamp and plenty of food, but, as it turns out, he was a water turtle and should have been in an aquarium with almost nothing but water.  You could see that the poor dude’s shell was curved up at the ends from where he sat in the water dish day after day with no exercise or space to grow.  I was glad to take him into the loving arms of the library.

I realize that I haven’t shared the name of our newest library “employee” (because, believe me, that turtle was going to be working hard entertaining hundreds of library families) and I’m not exactly sure why. He was named “Tooter.”  It’s not really a name you want to have available to be flung around by precocious eight year olds so I changed it to “Tutor” instead.  A small but subtle change on how we could introduce our new little friend.  He was originally named after Tooter Turtle from The Rocky and Bullwinkle Show but since I am a 43 year old person with very little contact with that program and I didn’t know who that character was, I was pretty sure my little people wouldn’t either.  So, instead of a turtle named after flatulence we created a turtle persona of “Tutor” the turtle that helps people learn stuff.  I guess it would be safe to say I was being a little pretentious.

I immediately set out to buy the necessary equipment for our little Tutor and was instantly overwhelmed with the variety of materials that were available for aquatic turtles.  It was much like my harrowing experience visiting Babies R Us when I was three months pregnant and basically taking something like 90 minutes just to get through the baby bottle section.  It’s amazing how easy it is to convince someone that doesn’t know what they’re doing to spend a shit ton of cash on items that will only be used once (if that).  Tanks, filters, special food, plants, heat lamps, artificial land…it was so unbelievable to see how many things this teeny tiny creature was going to need.

When I go into a store, I’m the kind of person that prefers to do my own shopping and not have anyone hovering over me trying to help me out with things.  In this case, however, I was in completely over my head and basically accosted the poor girl that was just trying to refill one of the fish tanks with new inventory.  I dragged her over to the turtle section and picked her brain dry.  Unfortunately, she didn’t know much about turtles and wasn’t much help, but I tried to get her to tell me something—anything…oh, how I tried.

I ended up picking a kit that had all of the essentials I needed to get a nice home going for Tutor.  It included the tank, heaters, thermometer, and lights and was priced very well.  I grabbed the kit, a few bottles of food, gravel, a small filter and cartridges, threw them in my car and headed back to the branch.  It was only when I cracked everything open and laid it out on a table that I realized that I had grabbed a tank that was not suggested for holding water.  Shit.  I calculated the time and effort it would take for me to package everything up and go back across town and eventually decided on grabbing a piece of thick paper, taping it over the warning imprinted at the bottom of the tank and then filling it with water.  I don’t know who I thought I was fooling but I felt good for doing it.  I filled the tank with water and it held just fine.  (However, I never rested easy knowing that there was a good chance that at any time the tank might just give.  It was agony some days.)

It didn’t take long to realize that I had gotten myself deep into a project that I was not prepared for.  I had to figure out measurements of water and a solution that was to help keep chlorine out of the water, triple rinse out the gravel so that it wouldn’t make the water cloudy, and make sure that I had the kind of food that the turtle might want to actually eat.  I had a living body to take care of and I wasn’t sure I was up to the task.  I got some advice and help from my co-workers but it was pretty obvious at this point that the turtle was my gig and I was going to be the one putting in the time making sure this little dude was happy and healthy. 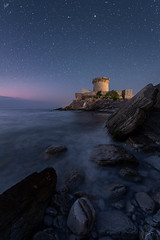 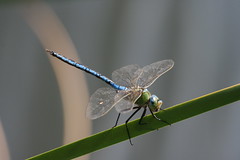 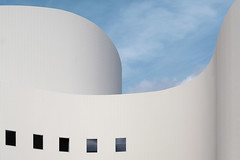